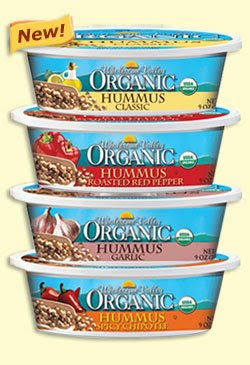 My good friend Jess (letsgetsconed blog, see links on right) gave me the Spicy Chipotle Hummus as a housewarming present. i was kinda worried that it would be too spicy for my taste buds. I have been trying to create a higher tolerance for spicy and i feel like i've improved, but i still feel like a wuss. Especially compared to my roommate Missy and our friend Matthew. They are spicy freaks!

So the other night I finally found the courage to open it up and taste it. It was delicious! I almost ate the whole container in one go. But i controlled myself and stopped. There was just something about the taste that i found very enjoyable. The first bite, honestly, left a weird taste in my mouth, but after that second bite I was smitten. It was just the right amount of spice. Any spicier and I think it would've kicked my ass.

I'm not sure how much this stuff costs, but since it seems to be mainly sold in grocery stores such as Albertsons (in Florida) and Safeway (Northern California) I have hope that it's affordable. I also don't know where it's sold here in Portland since there's no mention on the website. I look forward to tasting the Roasted Red Pepper and Garlic kinds as well. I do love flavored hummus!
Posted by Karla at 2:59 PM 2 comments: 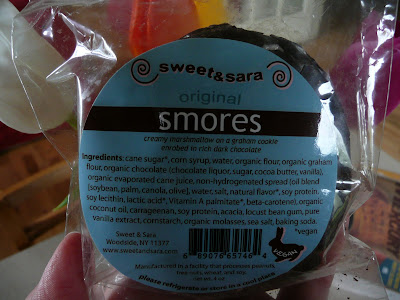 I had heard of these S'mores for a long time, but every time I had gone to buy one at Food Fight they only had the Peanut Butter type and I was just really wantin' the Original. I love peanut butter and chocolate together as much as the next person, perhaps even more, but when it comes to a s'more I want to keep it simple.
The other week I finally got one. They cost $4.00, which, yeah, is a lot, but everything in moderation (including pricey things), right?
It seems like my expectations were set too high. Not that I wasn't amazed at the marshmallow part. I feel like it's a big joke or something, like how can it be vegan? It's soo marshmallow-y! And I liked it, but I didn't $4 love it. Maybe there wasn't enough chocolate? The graham cracker part was crumbly, but that's to be expected when it sits in the fridge and has come across the U.S. for out tasting pleasure.
I have had the coconut marshmallows that Sweet & Sara make and they were awesome. I think what i would prefer to do is just buy some of their marshmallows and make my own s'mores. Or make Isa & Terry's S'mores Cupcakes (from Vegan Cupcakes Take Over the World), which are tasty-delicious. 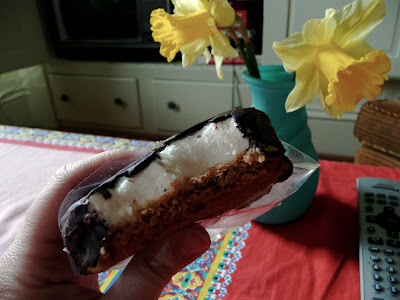 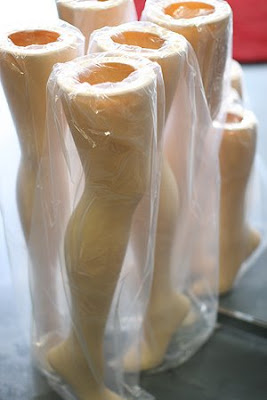 My sister has been in love with Sock Dreams (www.sock-dreams.com) for awhile now. She was psyched to find out they're a local company, however they didn't have a storefront. Well, that changed on April 1st! They had a soft opening and are open 11am-4pm every day. They are located at 725 SE Powell. I'm not sure of the veganness of the socks, but i'm pretty sure there's going to be a lot to choose from. 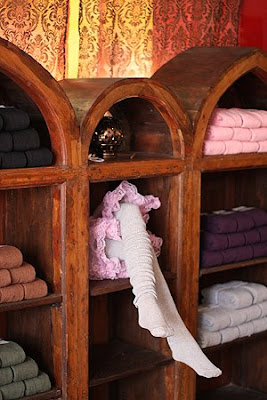 I updated the donut post. It now has pictures!
Posted by Karla at 11:18 PM No comments: